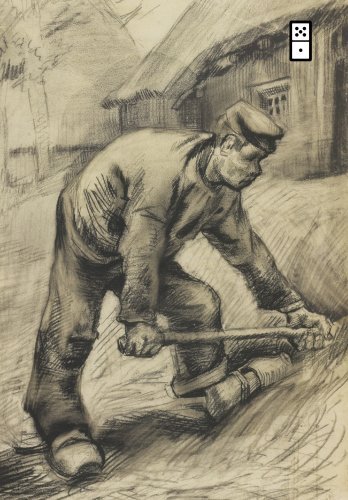 Do the Work by Steven Pressfield

Do the Work is one of those short, “Here’s a helpful kick in the behind, so you won’t feel you’re all alone” kind of books. You can breeze through it in one sitting to know what it’s about (as I did one evening), and then keep it on your Kindle to go back to whenever you do need that kick instead of wallowing in any “Woe is me” waste of time. Lord knows we all need that kick sometimes.

This particular kick focuses on giving the reader a how-to, one with pushing through their own resistance and any lack of confidence when facing a work project.

From the Publisher’s Synopsis:

Could you be getting in your way of producing great work? Have you started a project but never finished? Would you like to do work that matters, but don’t know where to start?

The answer is Do the Work, a manifesto by bestselling author Steven Pressfield, that will show you that it’s not about better ideas, it’s about actually doing the work.

Do the Work is a weapon against Resistance ”“ a tool that will help you take action and successfully ship projects out the door.

“There is an enemy. There is an intelligent, active, malign force working against us. Step one is to recognize this. This recognition alone is enormously powerful. It saved my life, and it will save yours.”

Short books can be the hardest ones to write well, and I think Pressfield did a great job with this one.

He says his coaching can be applied to much more than writing (his area of expertise as a novelist), and I would agree that it can, however Do the Work will really resonate with anyone who writes as their work of choice; it is perfect for the work of writing in the way it matches writing content with work project movement in his “Three Act Structure.”

Very timely reading for me, since I’m currently within “the belly of the beast” with a writing project of my own.

Do the Work has already gotten quick distribution thanks to Seth Godin’s Domino Project, and the “Read it now!” incentive is that a GE sponsorship has resulted in it being offered on Kindle for free: Advertising has come to the ebook. It’s nice to save the cash, however after reading it, I think having it on your Kindle library is the best placement for it anyway – even if you don’t have an actual Kindle, but read via the app on your smart phone (which an amazing amount of people do these days.) More to think about within this particular Talking Story project sharing: Qualify the Automatics.

The Domino Project itself is an interesting new business model. Their first book was Seth Godin’s Poke the Box ~ here is my book review on that one: Are you the box needing a poke? ~ and Pressfield is their follow up act, with Do the Work as book 2 in their publishing queue (and their proof-in-the-pudding that they are a true publisher playing in the new game, and not just more packaging for Seth Godin.)

Pressfield is not an unknown in need of their help, and he brings them much creative credibility in his own right. Here is an exceptional interview hosted by Mark McGuinness on Lateral Action in May of 2010; The War of Art: An Interview with Steven Pressfield, in which he explains why he chose the subject of Resistance for his only two non-fiction books:

The most important mental breakthrough in my career was simply the recognition that there is such a thing as Resistance. Once I realized that those lazy, whiny, insidious voices in my head were not “me,” but Resistance masquerading as “me” ” I could dismiss them and overcome them. I could turn pro.
~ Steven Pressfield

Why Goodreads? They have become an App Smart choice for me in 2011 for I want to return to more book reading, and have set a goal to read at least 36 books this year (this was book 14 for me). Read more about the Goodreads mission here, and let’s connect there if you decide to try it too! You can also follow them on Twitter.

Previous review: The Career Guide for Creative and Unconventional People by Carol Eikleberry

More Do the Work Resources

1. Visit Pressfield’s website, where he is currently hosting a category feature he calls Do The Work Wednesdays with posts which expand on his manifesto (which is more of what Do the Work actually is.) He’s written 3 posts so far, all which allude to the fact that there is much more to his short book than first appears to the reader:

2. A book excerpt shared by Amber Rae on The Domino Project:

The enemy is Resistance”“our chattering brain, which, if we give it so much as a nanosecond, will start producing excuses, alibis, transparent self-justifications and a million reasons why we can’t/shouldn’t/won’t do what we know we need to do.

What are Resistance’s greatest hits? An excerpt from Do the Work, here are the activities that most commonly elicit Resistance:

1. The pursuit of any calling in writing, painting, music, film, dance, or any creative art, however marginal or unconventional.

2. The launching of any entrepreneurial venture or enterprise, for profit or otherwise.

3. Any diet or health regimen.

4. Any program of spiritual advancement.

5. Any activity whose aim is the acquisition of chiseled abdominals.

6. Any course or program designed to overcome an unwholesome habit or addiction.

7. Education of every kind.

8. Any act of political, moral, or ethical courage, including the decision to change for the better some unworthy pattern of thought or conduct in ourselves.

9. The undertaking of any enterprise or endeavor whose aim is to help others.

10. Any act that entails commitment of the heart—the decision to get married, to have a child, to weather a rocky patch in a relationship.

11. The taking of any principled stand in the face of adversity.

In other words, any act that rejects immediate gratification in favor of long-term growth, health, or integrity.

Or, expressed another way, any act that derives from our higher nature instead of our lower. Any of these acts will elicit Resistance.